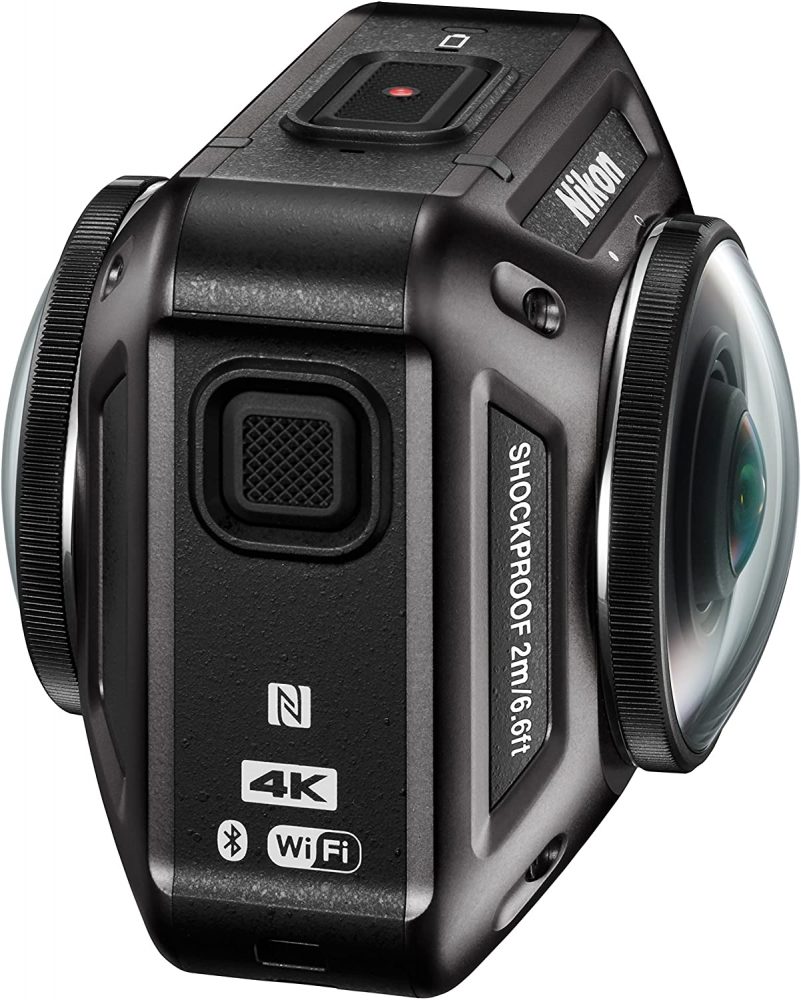 When it comes to 360 filming, some of the rules in ‘regular’ filming just don’t apply. In some ways, it is much more simple than ordinary filming. In many ways, however, you need to take care to consider your shot and filming conditions. It is an entirely different way of filming, with a new set of rules! Read below for some tips on setting up and filming with a 360 camera.

Depending on the camera, you might not be able to see what you’re filming as you film it. Some 360 cameras have an app which allows you to preview or watch the shot. But not every camera has an app, and we all know that sometimes apps do not work! You might end up shooting blind! Which means you have to me much more considerate when setting up your shot.

With traditional film, it’s easy to stand behind the camera, previewing your shots and directing as needed. This isn’t the case with 360. You either have to plan to be in the shot or you’ll need to hide somewhere nearby.

Although it may seem counter-intuitive due to the large file sizes of 360 footage, shoot more than you think you will need. For example, if we plan to use 10-15 seconds of a shot, we normally capture around one minute of footage to ensure we get the shot.

With 360, there’s also no possibility to frame your shots. You can, of course, anticipate where your audience might look, but you have no control over this. If there’s something distracting or unsightly within sight of the camera, it will be in your shot.

4) Bad Lighting is a deal-breaker

Unfortunately, most 360 cameras are not the same picture quality as a regular camera. This means that in bad lighting they perform poorly. But, for the time being, even a cloudy day could make it difficult to get a good shot. Aim for a very well-lit room or a sunny day for best results.

And if it’s raining? Forget about it. Drops of water on the lenses will be nearly impossible to avoid since you can’t exactly cover the camera the way you would a fixed frame camera.

The first–and easiest–thing you can do to improve the lighting of your shot is to utilize available light in the space. Turn on lights and lamps, open blinds, etc.

Remember that if you add lighting it may be visible. You could try and attach lights to a discreet place, such as underneath/strapped to the Tripod.

Also remember that if you want the entire scene to be lit, you will need to add lights in all directions. Alternatively, you could add lights to specific areas to draw the viewers attention there. 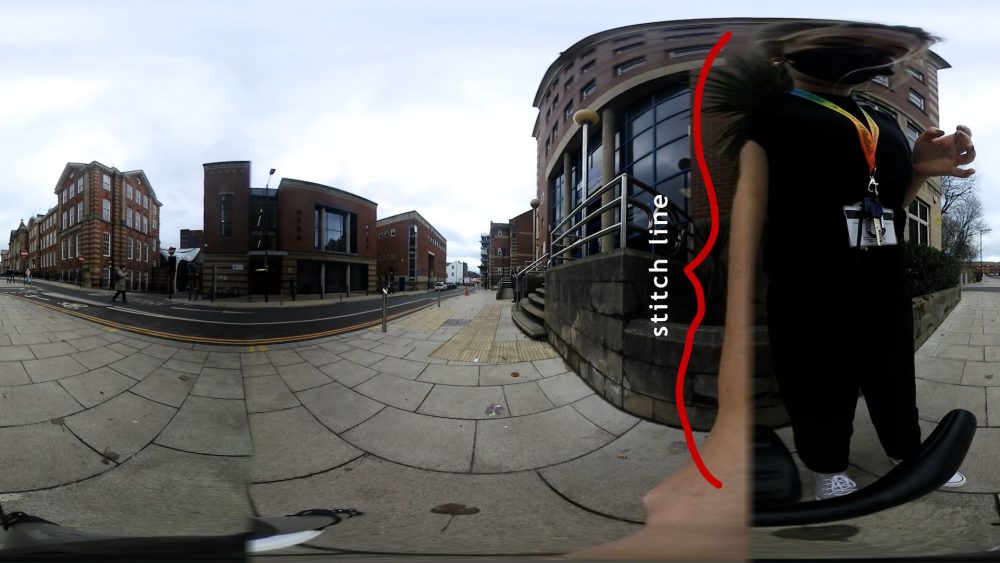 Each lens shoots a 180 image. A stitch line is where the two lens images are stitched together to make a complete 360 image. You might notice the image becomes slightly warped, or movement gets distorted along the stitch line.

With a normal camera, half way through filming you might notice an ugly pigeon right at the edge of the shot .. and instead of re-starting filming, you think ‘I’ll just crop that out in editing’.

With a 360 camera, there is no such thing as ‘the edge of the shot’. It is much more difficult to fix problems in post  You won’t. And if you do, it will take you way, way longer than it would in a traditional video. Solve every problem you possibly can before you hit record.

Without a view-finder you can never be 100% sure your shot is perfect. Even if you are able to connect the 360 camera to an app, which allows you to review the shots, it’s always best practice when filming to get a variety of shots .. generally for as long as you can. That way, when you review the footage later you have plenty to choose from.

9) Be Cautious of motion shots

If you choose to film whilst moving (walking, driving etc) .. try and make the camera as steady as possible. Use a gimbal, film in a vehicle, or just consider your walking speed. Because of the 360 view, motion shots can be quite unsteady to watch if the footage is wobble. Try to maintain a constant, comfortable motion.