Audio Port – where you connect the audio wire from a different device. E.g. some phones have a mini-jack audio port to connect headphones.

Distortion – unwanted sound which effects the clarity of the audio, maybe in the form of buzzing or white noise. Check all audio settings/cables to try and fix.

Envelope – Added in editing, a sound envelope changes the amplitude of the audio over time.

Gain – the amount of audio input you allow. Increases the volume of the audio, but can also alter the tone or distort the input if pushed too high.

Jack or Mini-Jack – commonly used as an audio cable. A mini-jack is found on most headphones.

Levels – Measured in Decibels (Db) the audio levels show the volume of your audio.

An example of Audio Levels in Adobe Premiere

Normalise – A process in editing which changes to the overall volume to a target level.

Sound Check / Monitor Levels: Listening to and doing a test-run of the audio before recording. A very important step! Monitoring audio during filming is also essential to pick up on any problems whilst recording.

Talkback – A system designed to enable voice communication between rooms.

Wild-track – contextual audio of the area you are recording in, without any speech/content from your subject. For example, the background noise of a restaurant or park.,

XLR cable – commonly used an an audio cable for microphones. 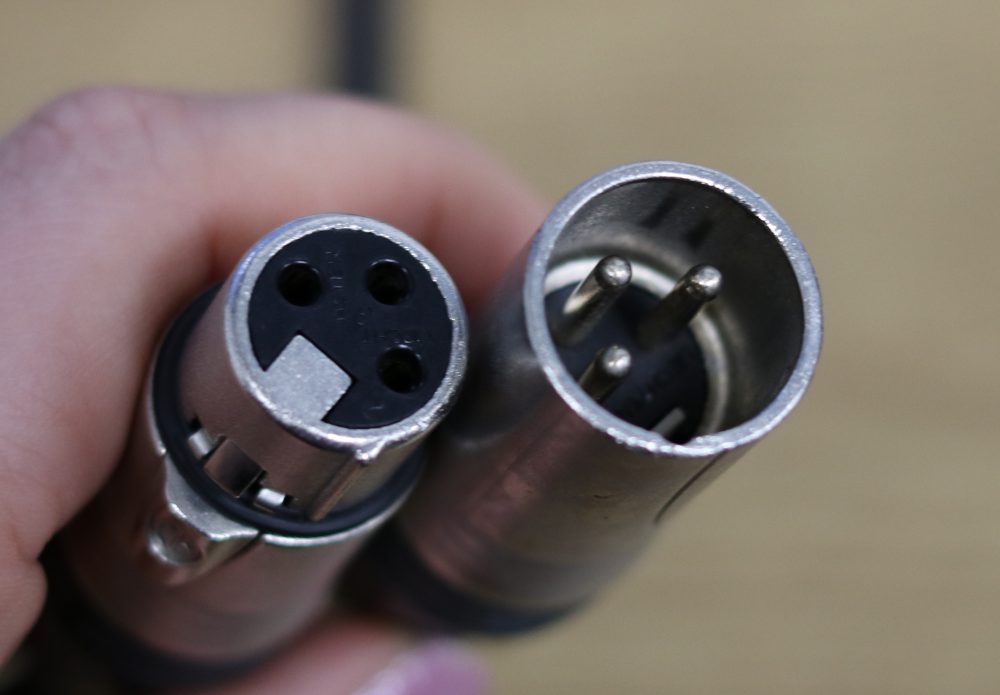